From rocks to buildings

.
Having found our water it needs to be pumped down to the buildings. Colin returned last Thursday with a truck load of cables, pipes, fittings and a pump etc. Henry was on his own all day (I was at work and James at Legoland) so there's not as many photographs as usual . (Though Arthur did come over to take some later in the day).

We had worked out a route (bearing in mind the borehole is in the middle of a field) and dug a trench straight across to the hedge, down the side of the hedge and along the bottom of the field behind the buildings. 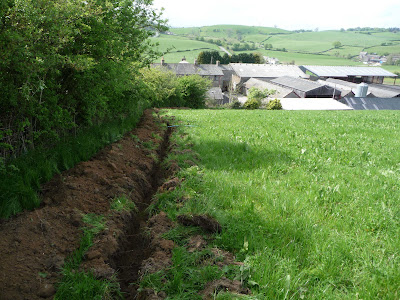 This was later filled in and will soon be invisible 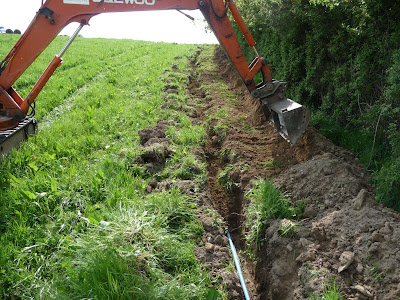 A cable for the electric supply was laid in the bottom, covered over and marked with yellow tape, and then the blue water pipe. 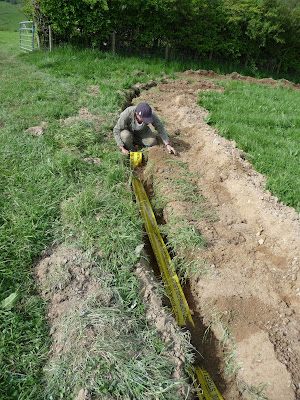 The hole was then uncovered and we were ready to connect. 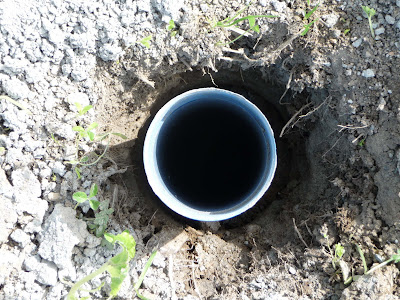 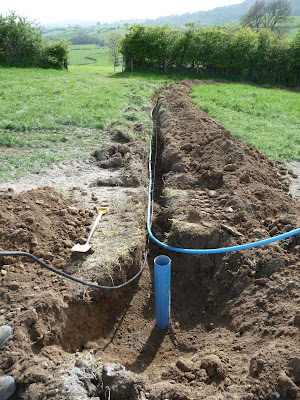 The submersible pump was connected to the pipe, tied to a rope and lowered into the well. (sorry some of the photos are in the wrong order but it's awkward rearranging things in Blogger) 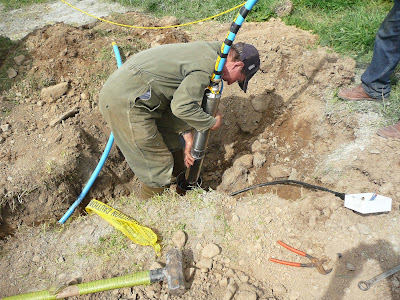 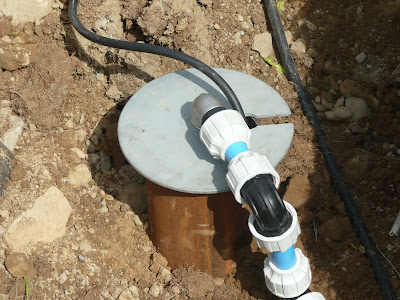 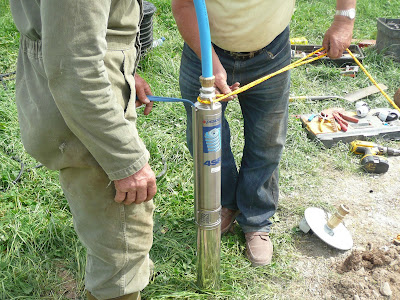 The other end of the water pipe was connected to a pressure vessel. It's here that the flow is controlled (I think) 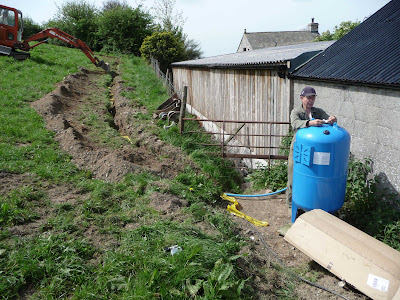 And by I came home from work Henry could demonstrate real live water. 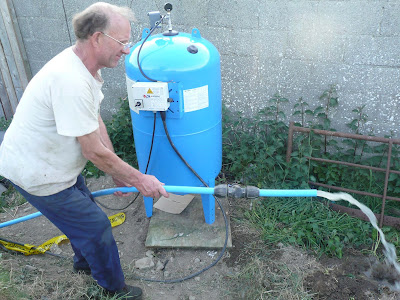 Since then we have laid a temporary pipe across the yard so that the first water runs out into the slurry pit. We'll be sending some samples off for testing this week but we had a glass each last night with no ill affects.
And for those of a scientific mind, it helps to have a geologist in the family. Arthur has drawn up a diagram of what's what and is willing to answer questions you post as comments. 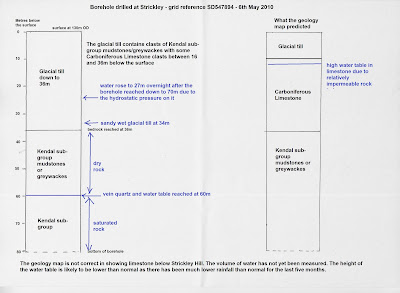 And if anyone else is thinking of doing something similar we can recommend our driller/contractor (not sure if that's the right term) Colin Armitstead. And, if you don't know if you've got a suitable water supply, then get in touch with Peter Golding who found ours. His website has his contact details
Posted by Strickley at 10:15