We're still having computer problems, so I have been using my laptop and only switching on the main PC twice a day to download the last 12 hours weather data (from the console that picks it up from the mast on the hill). This has been working more or less seamlessly, but when I did it last night it seemed to have lost about 10 hours data. This morning I tried to recover it, but somehow lost a few more hours.
So, today I am risking using the PC all day (just for the weather), but the graphs look a bit odd as the data jumps several hours.

. . .
it may not be updated to the Strickley weather page.
Our main computer is misbehaving at the moment so I am only switching it on twice a day to download the past twelve hours weather data. Hopefully, normal service will be resumed next week (thanks in advance Shaun).
In the meantime I'm testing my Disaster Recovery Strategy and running the business (and my life) from my backup Laptop. Everything is going to plan, and I could move the weather stuff, but that's a more physical change re connections etc, so until it becomes absolutely necessary it's in limbo. The data is still sent from the instruments on the hill to the console and stored there.
Sorry for the disruption
Posted by Unknown at 09:26 No comments:

Please read and pass on

Well not really old technology as it seems to be experiencing a bit of a renaissance. I've always had a record player, or Turntable as it's usually called now. I think it would be 1961 when I got my first one for either Christmas or Birthday (or maybe combined, though my parents were not as cruel as someone who bought me one flipper for my Birthday and left me to guess what I would get for Christmas four days later).


This was the latest must have music player, as you could stack up to six records on the spindle, and they dropped down and played one by one. It saved you having to swap records every two or three minutes (songs were shorter then). It wasn't a perfect system as sometimes two would clatter down at once. But I could play the records I'd bought with Record Tokens or hard earned Saturday job money. At the time I was a shop girl in Currys, who not only sold electricals (radios etc) but bikes and toys. I think I got 2/6 an hour. So an eight hour day earned me £1. Singles were then 6/8 so if I felt like splurging out I could buy three. Or save up for an EP at 10/6, or an LP at over a £1.

Even then I never threw anything out, so we still have a lot of Sixties singles. By the Seventies married life and children meant there was less disposable income and I only bought occasional LPs (or albums as there were beginning to be called).

We now had a flashier looking record player (but you could only load one record at a time), with the ubiquitous teak finish.Eventually we "moved on" to cassette tapes (I still have a large collection of course) and eventually CD's. In fact I bought a CD (The Definitive Simon and Garfunkel) just before we bought a CD player. This was not just a CD player, but a complete system - twin cassettes, FM/AM radio, 6 CD changer and of course a turntable. We bought a smart (pine this time) cabinet to put it all in - one that had room for all the records as well. It started off at Over Bleaze and has moved via the Strickley kitchen to the sitting room.

When we decorated (and knocked out a window to make a new door to get the new settees in last year) we reconnected all the bits and pieces and speakers and checked it out. Of course it still worked (no inbuilt obsolescence). The needle didn't seem too good, so I checked the manual for the model number (never throw manuals away), and used the new resources (re the Blog title) and found a supplier on Ebay. Three days later it was good as new.

We don't play records very often, but I like to know we can. I bought a new "Vinyl" copy of an album  at a gig last October, and at Christmas bought Henry a sought after album that never made it to CD. So as we were  taking down the decorations I got that one out to play. But maybe because we had been ignoring it for a few months, the turntable didn't turn. But with the aid of the Troubleshooting in the manual - and Ebay - we got a new belt and last night had a Shadows EP blasting out (it was the first one that came to hand).

Sorry - it's turned into a bit of a self indulgent ramble - but on a wet and windy day there's not much farming to report on.

And P.S - if anyone wants to offload old records please let me know. You can even come round and listen to them.
Posted by Unknown at 14:25 No comments:

Henry's brother Arthur is a keen and very good waller. He is on top of all the wall gaps and most days (other activities permitting) he is down the fields working on his own. But not quite on his own. Lately he's had company. It's our own Strickley pheasant that seems to like company. When the stock was out it followed James around as he fed the heifers.
And now Arthur has someone to talk to  . .

New Year - and a promise to keep up the Blog!

It's not that I've had nothing to say, but that I've somehow lost the knack of putting pen to paper (or finger to keyboard). Often in the middle of the night when I'm lying awake with my mind whirring and refusing to shut down, I compose pithy and witty posts, but come the morning there's always something else to do (at least I think there is).

So what have we been up to lately?

The stock is all inside, so while there is no going round the fields to check on them, there is more to do round the buildings. 225 (at the last count I think) take a lot of feeding, bedding and mucking out.
Twice a day, every day. Including all over Christmas and New Year when when people knock off for a couple of weeks. We do try to have some time off, but that usually means working more in advance. On Christmas Day we got up an hour sooner to have more time off. And in between "doing up" there's plenty to do - muck spreading, hedging etc.

But we've made time to wind down and get away - at least for three separate nights.

Here's a clue as to where Henry and I have been - 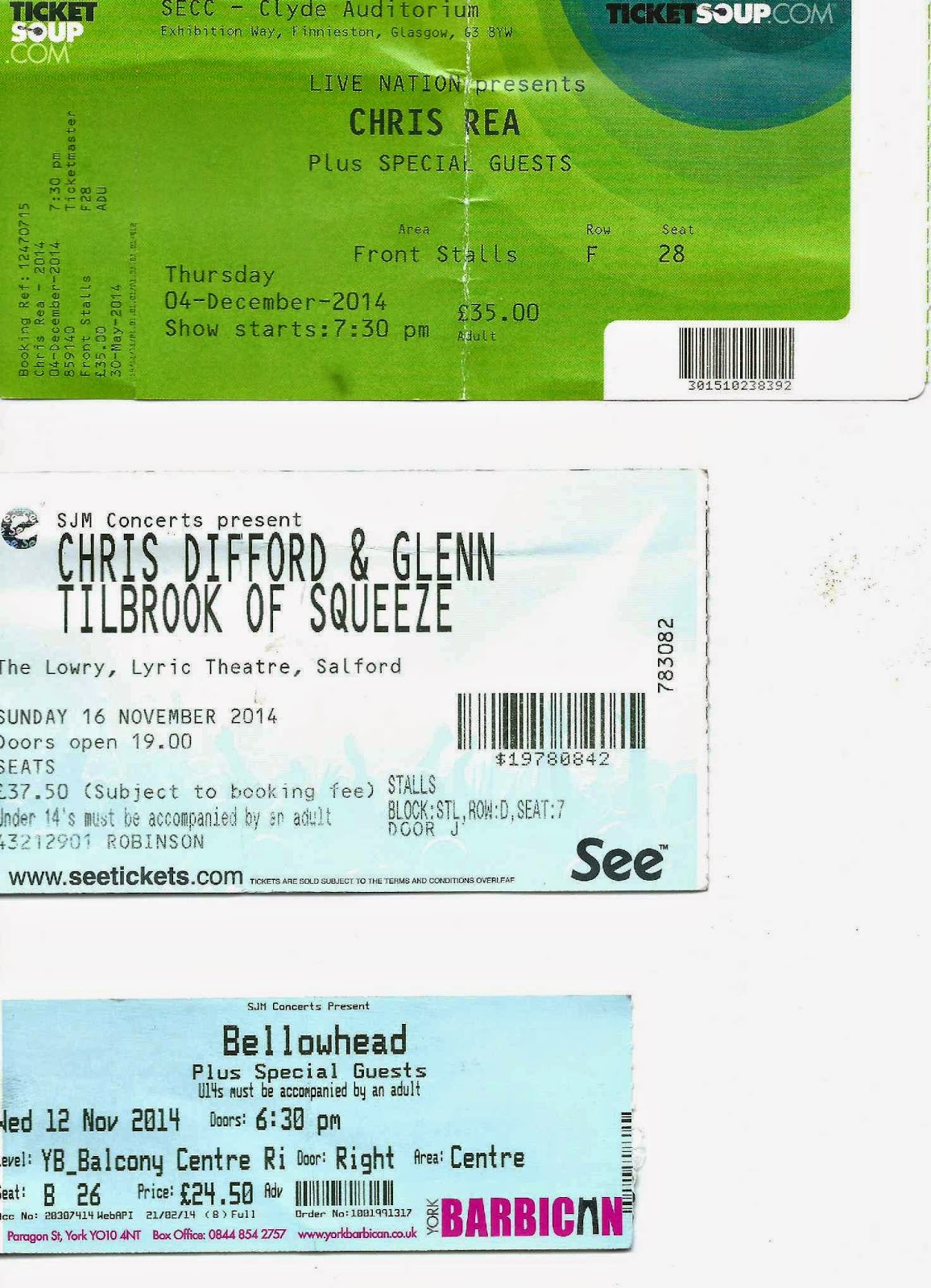 Over the past few years we've become quite familiar with budget hotels and can rate them not only on facilities but car parking, distance from venues, deals with taxi firms etc. And views. Few can beat this from our hotel window at Glasgow - just across the river from the Clyde Auditorium. 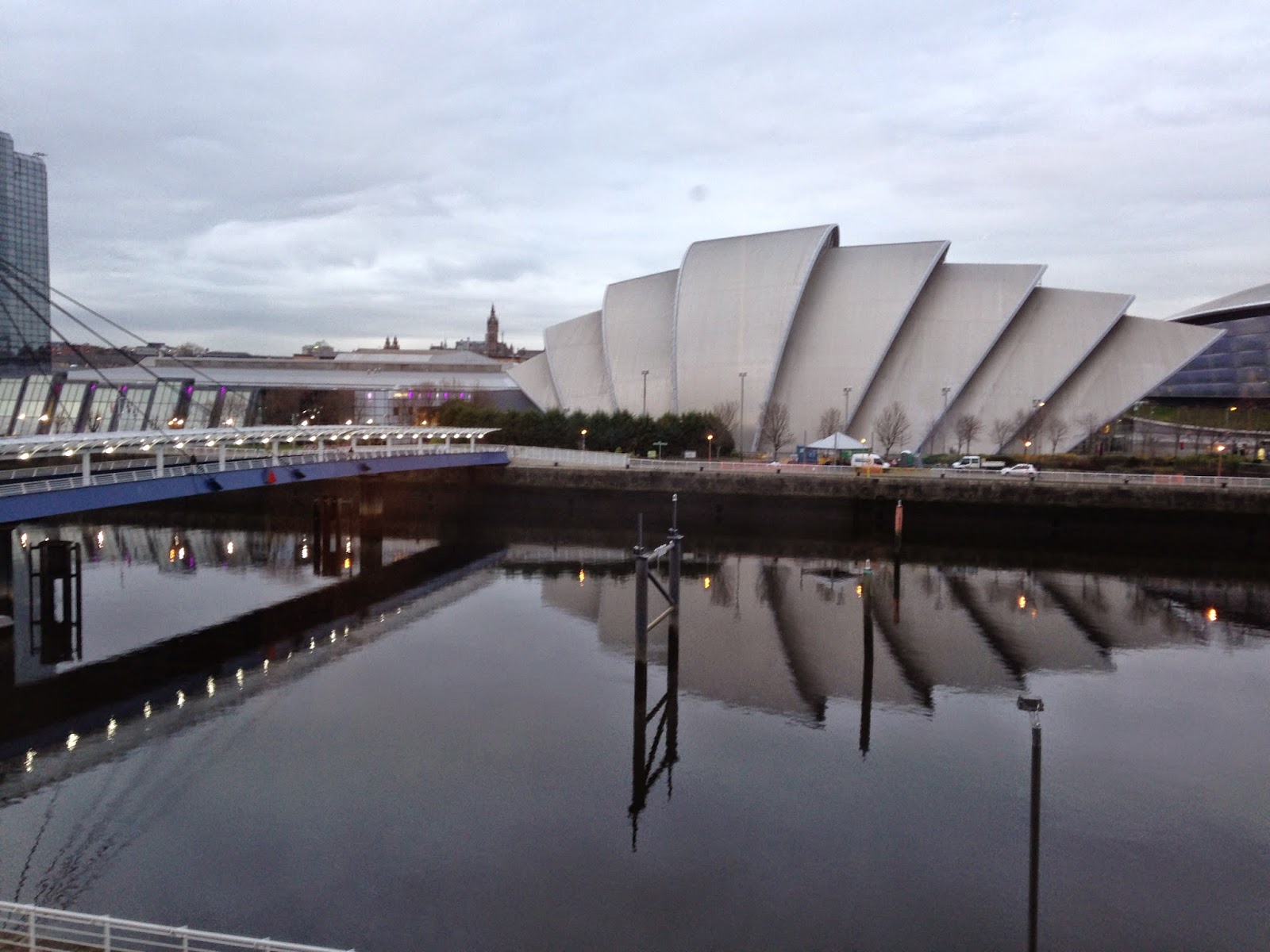 I don't usually take photographs during gigs, partly because I'm not very good at it, but mainly because I want to enjoy the moment live, not through a viewfinder or screen, but I do like this one quick shot I took of Glenn Tilbrook at The Lowry. 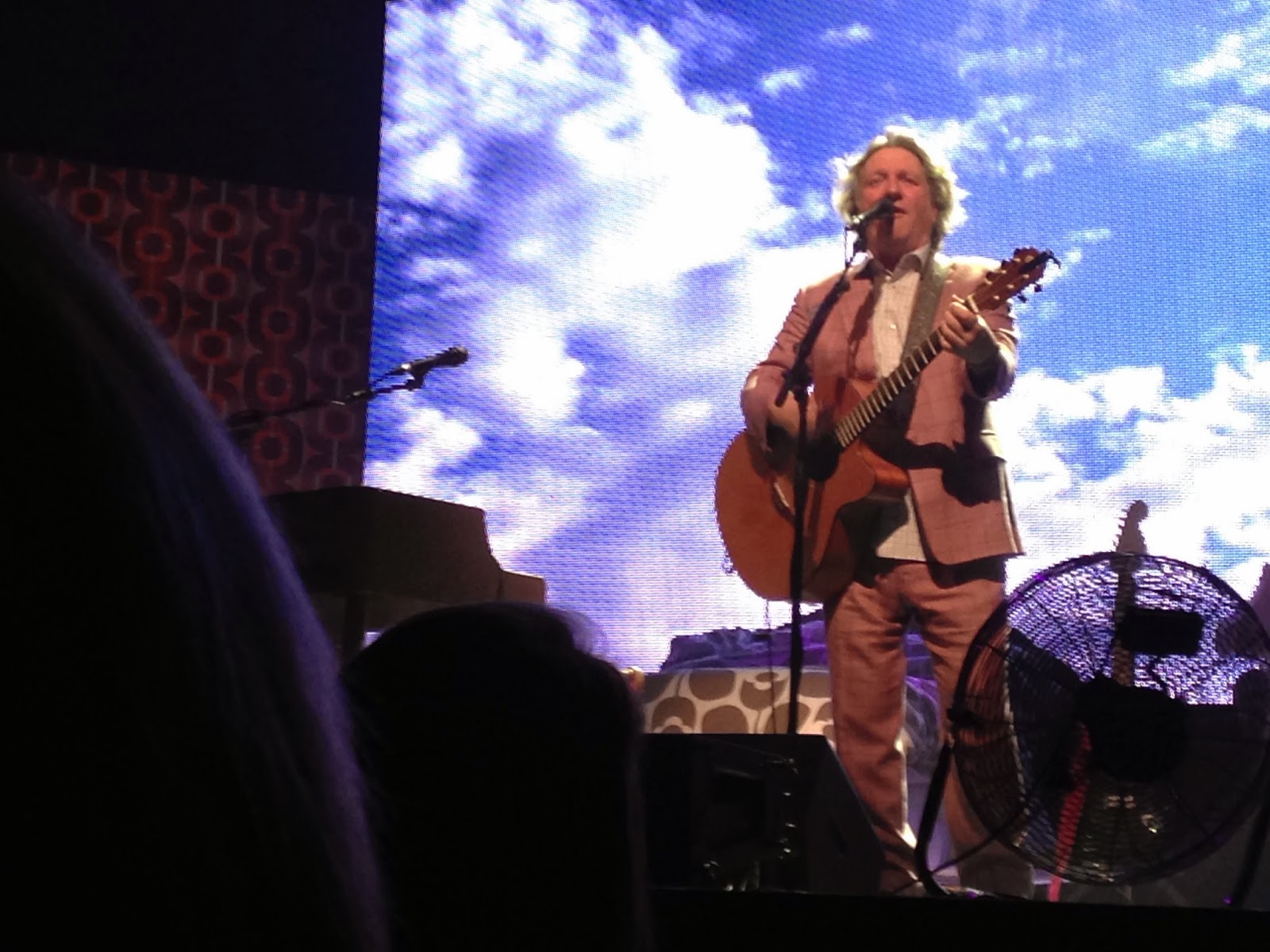 These photos were taken with the camera on my phone, but as I got a new "real" camera for my recent Birthday, I've been practising round the house and yard. So far I've discovered I can snoop on houses over three miles away 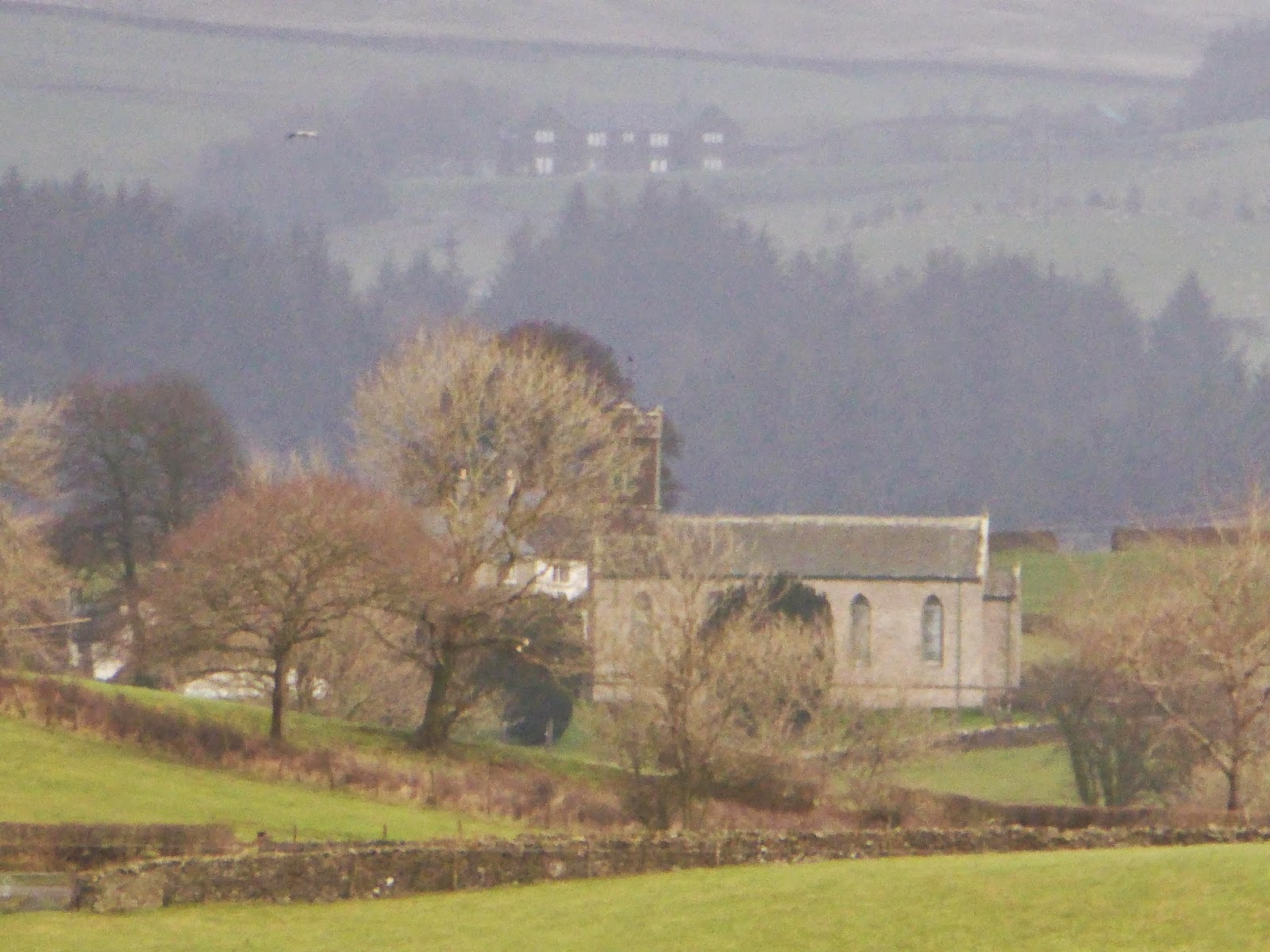 and see craters on the moon. 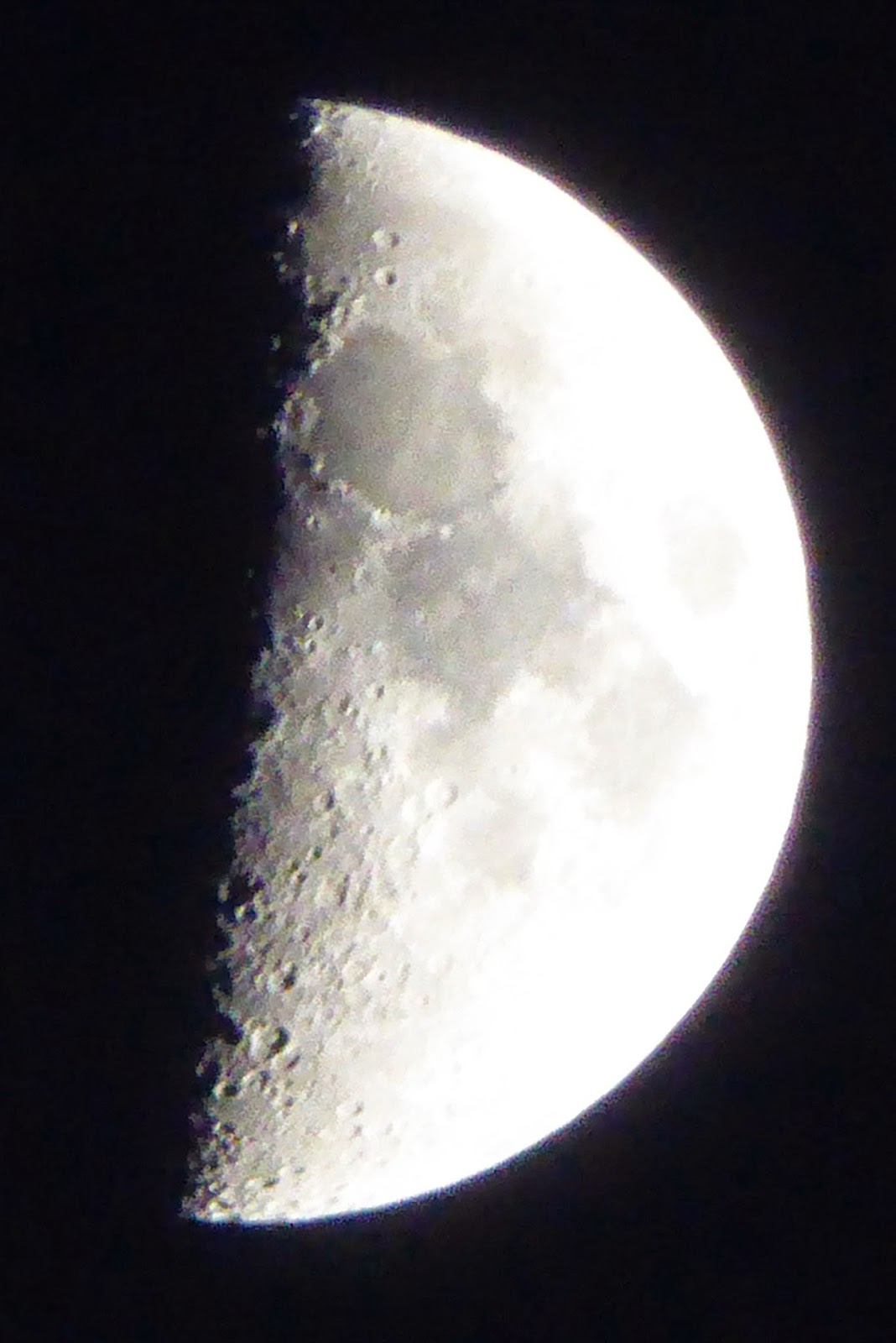 And it's also obvious I'm very shaky. I'm also a fair weather photographer, so expect to see more examples as the weather improves.

And watch out for photos of the new project at Strickley.