Outside winter work continues with muck spreading and hedging as and when the weather permits. James has been tweeting some photos as they work - see @JFfromStrickley on Twitter. 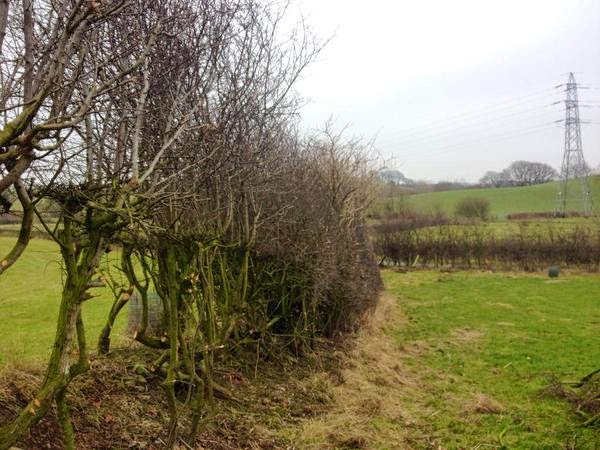 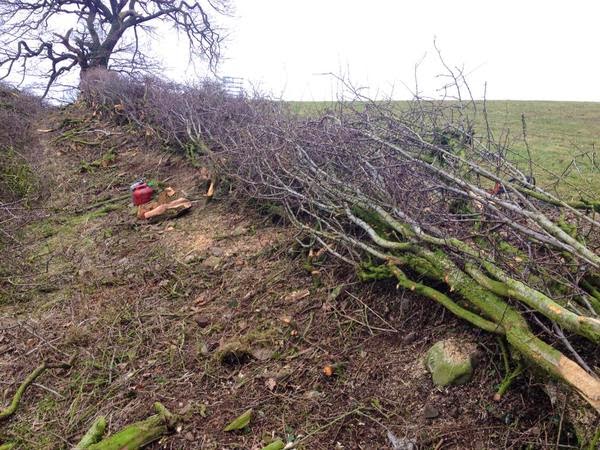 And, we've had a run of heifer calves (though that came to an end with a bull calf overnight). Once again James has been there with his camera and Tweeting finger. 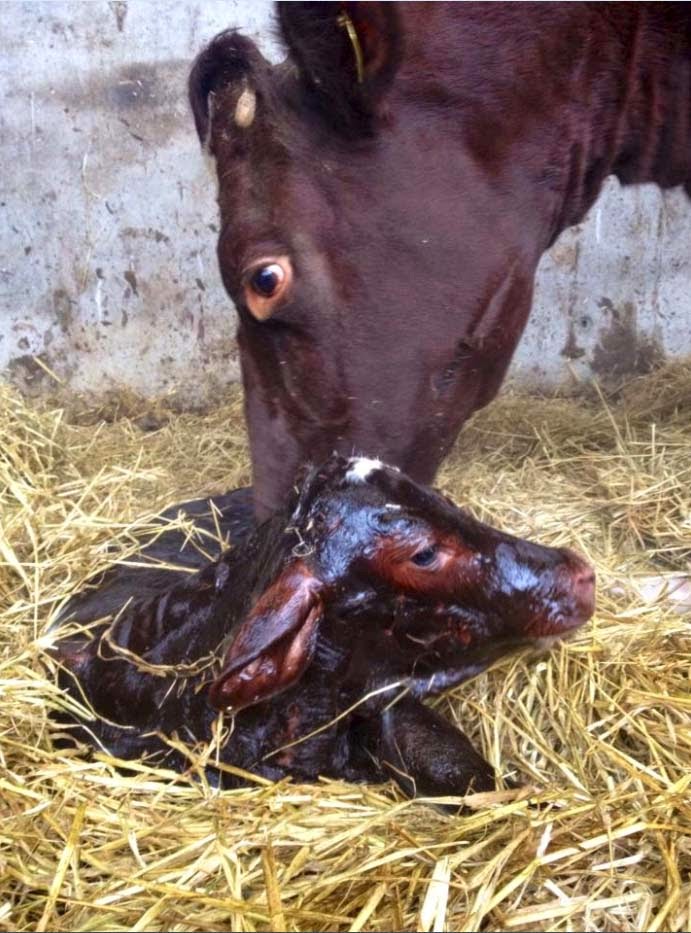 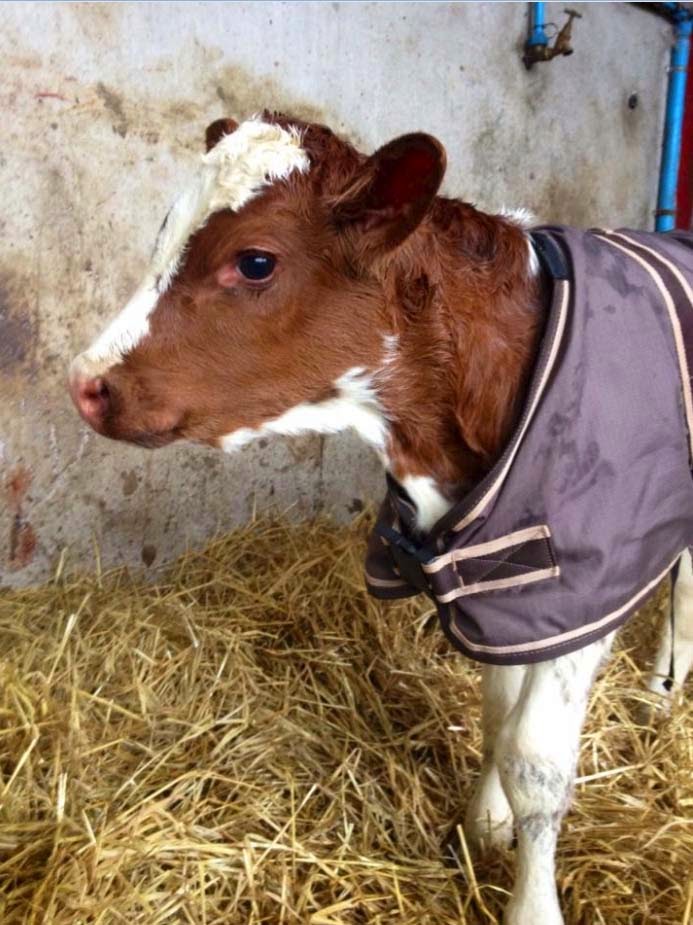 And of course the the everyday daily work - feeding/milking/mucking out etc. 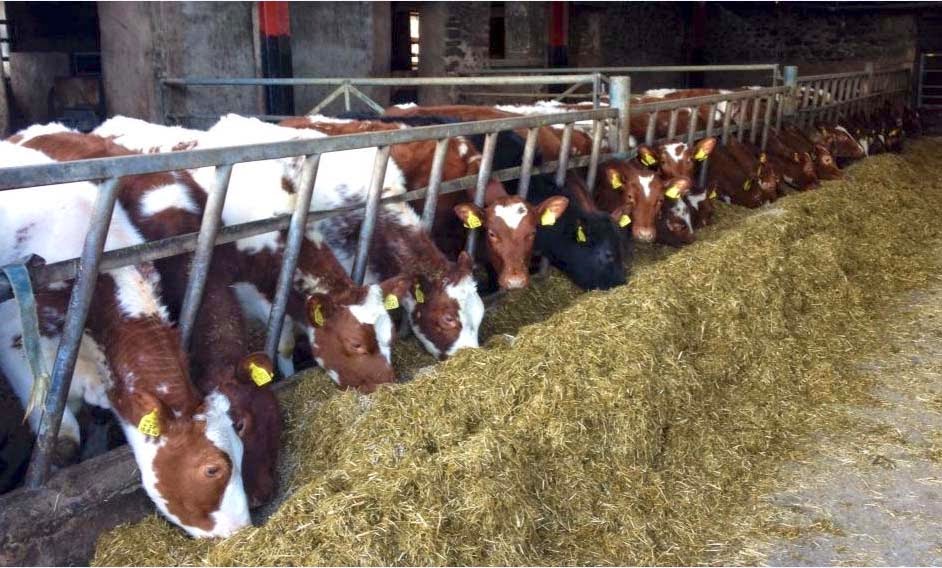 And as well as all this we're starting our next Grand Plan. 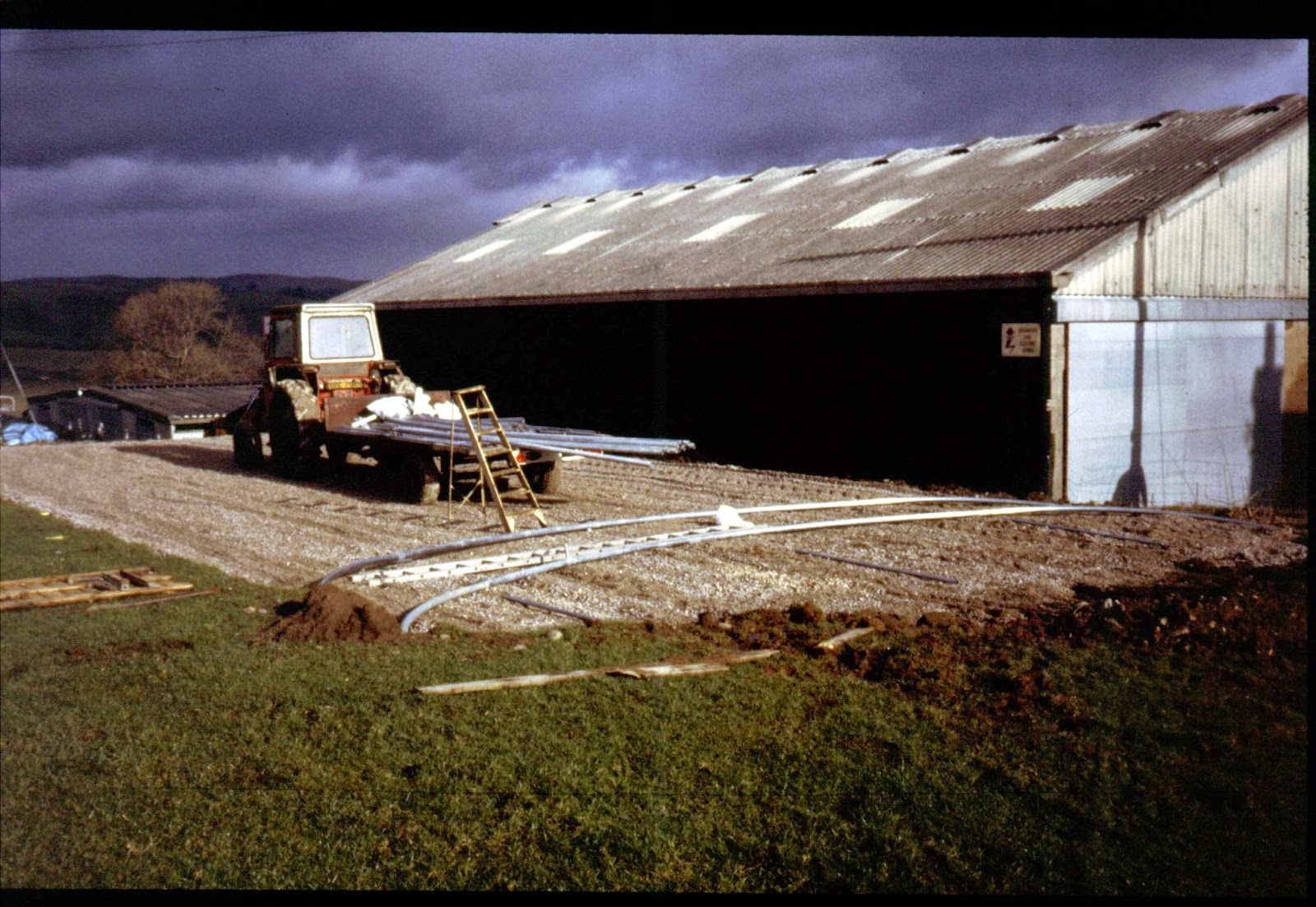 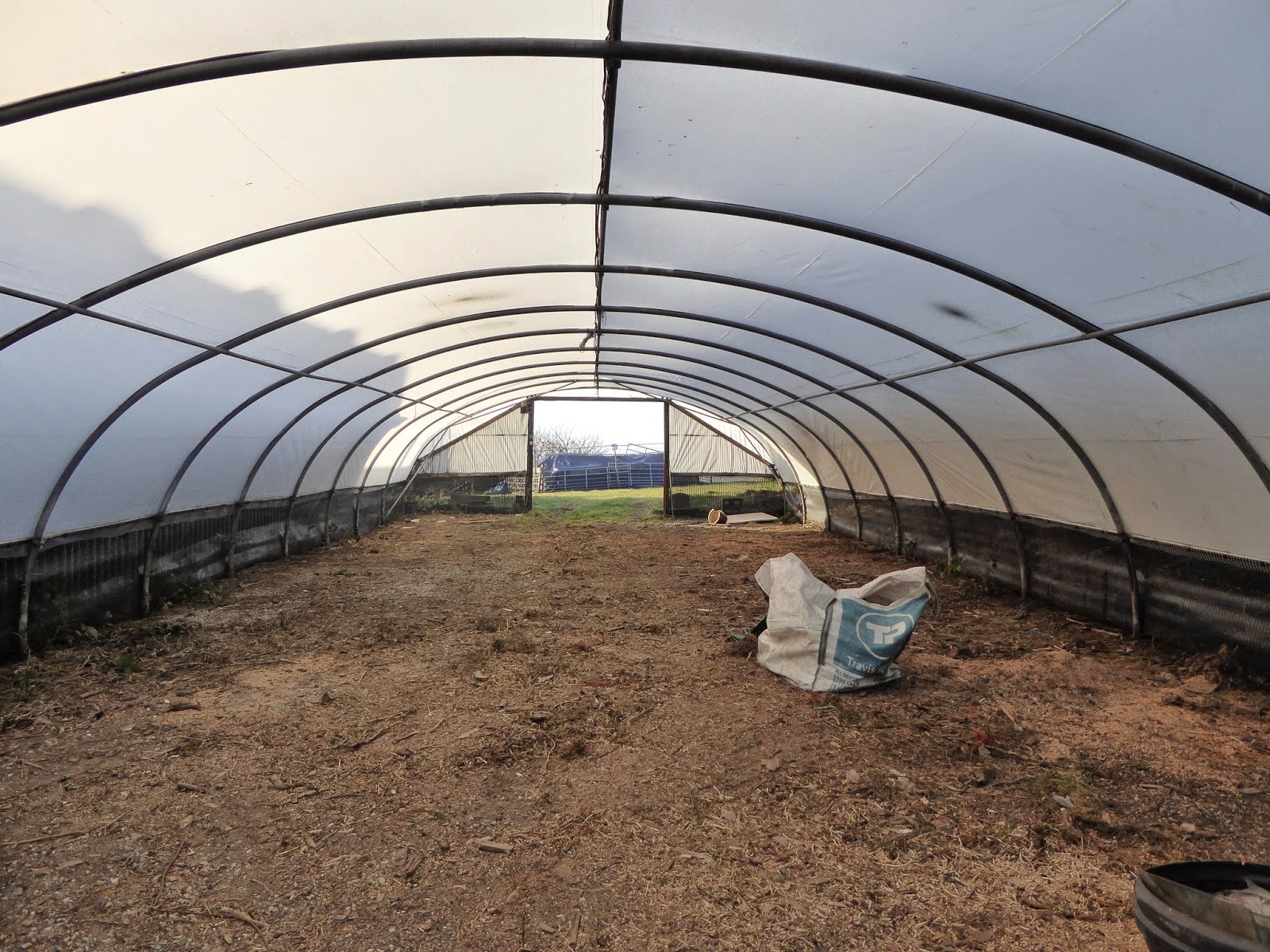 Sorry - there's no photos of it in use as the Sheep Building (and lately general storage of stuff). 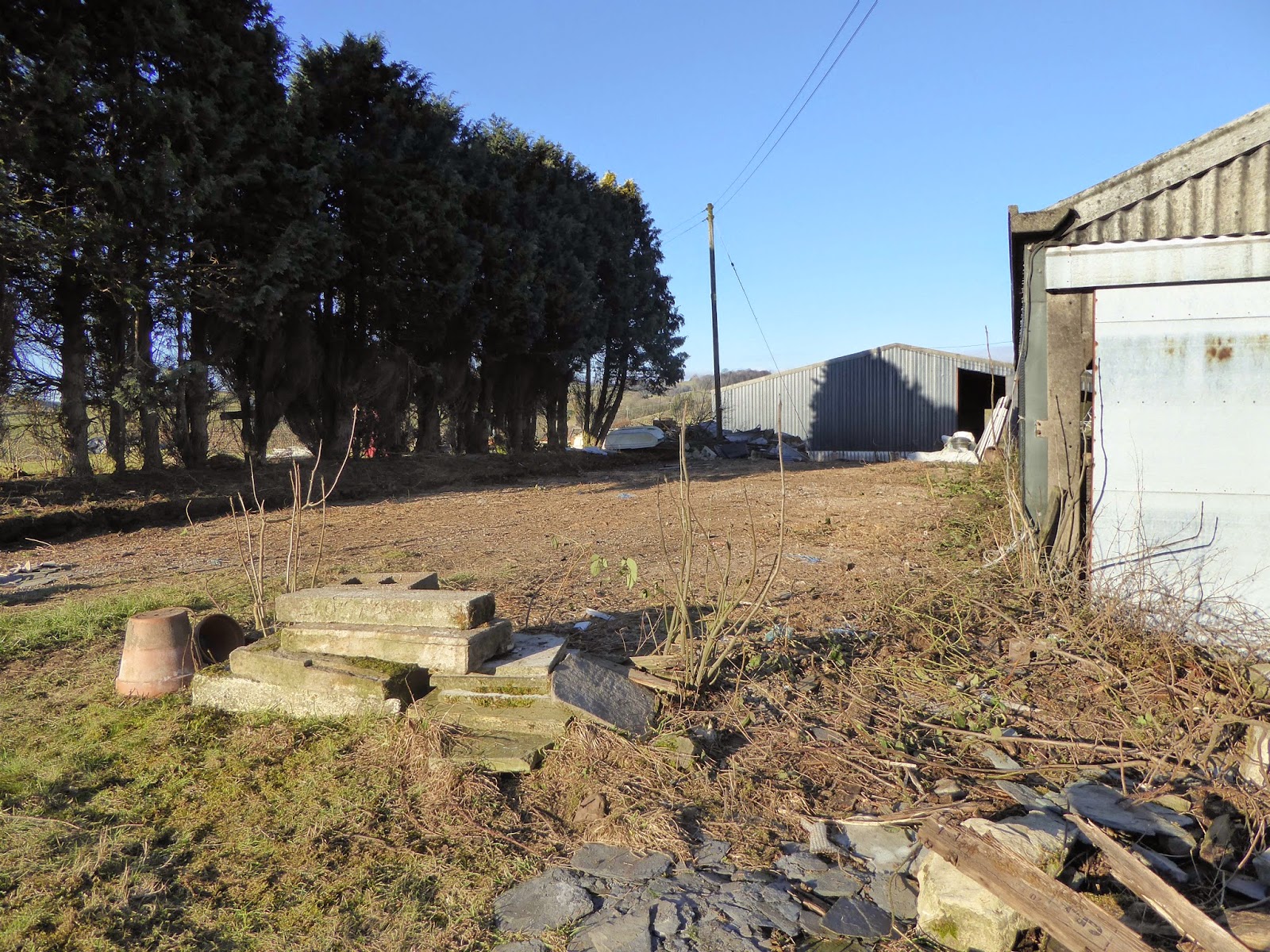 And at last the Leylandii are going! 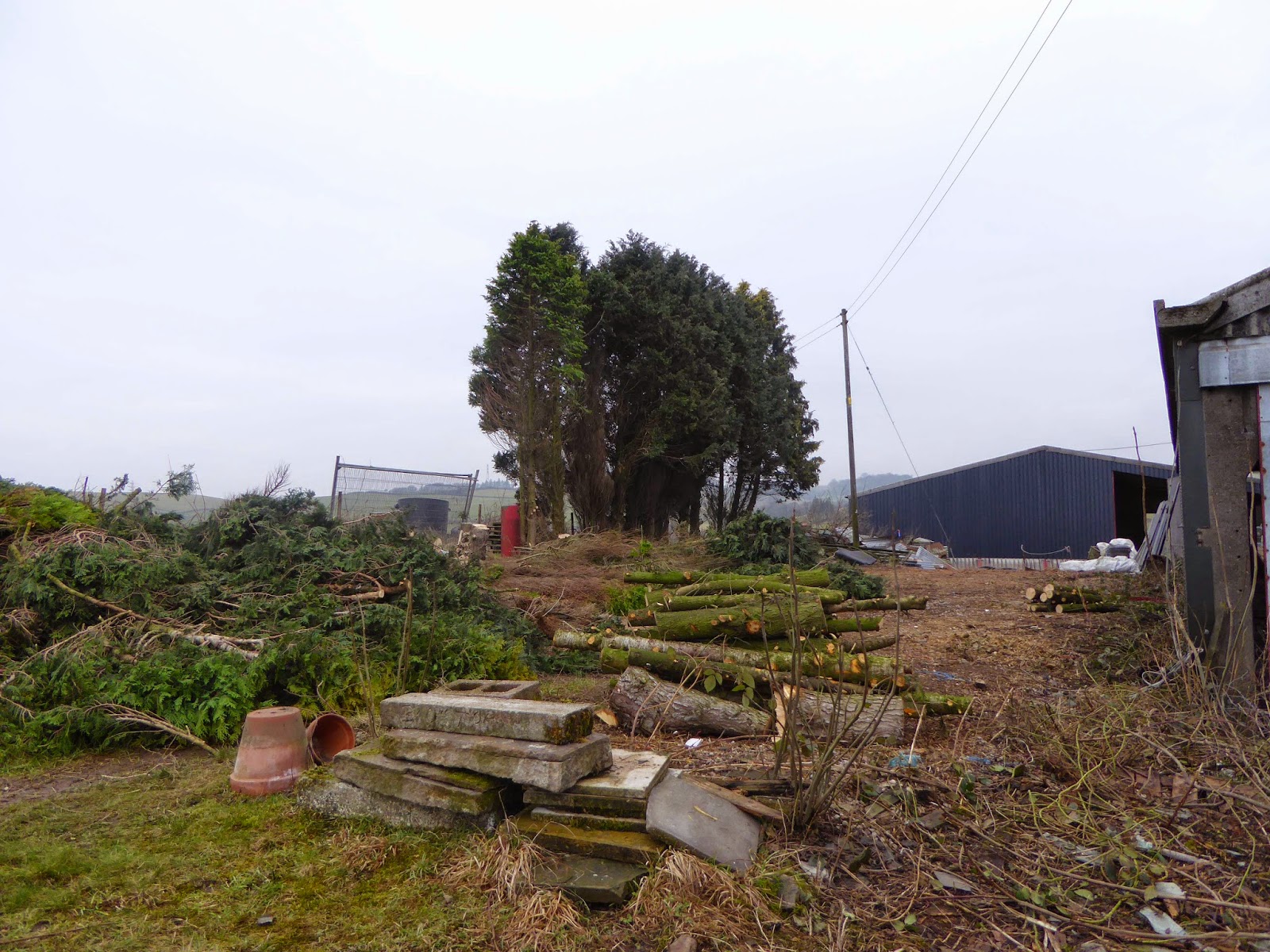 And then to this - 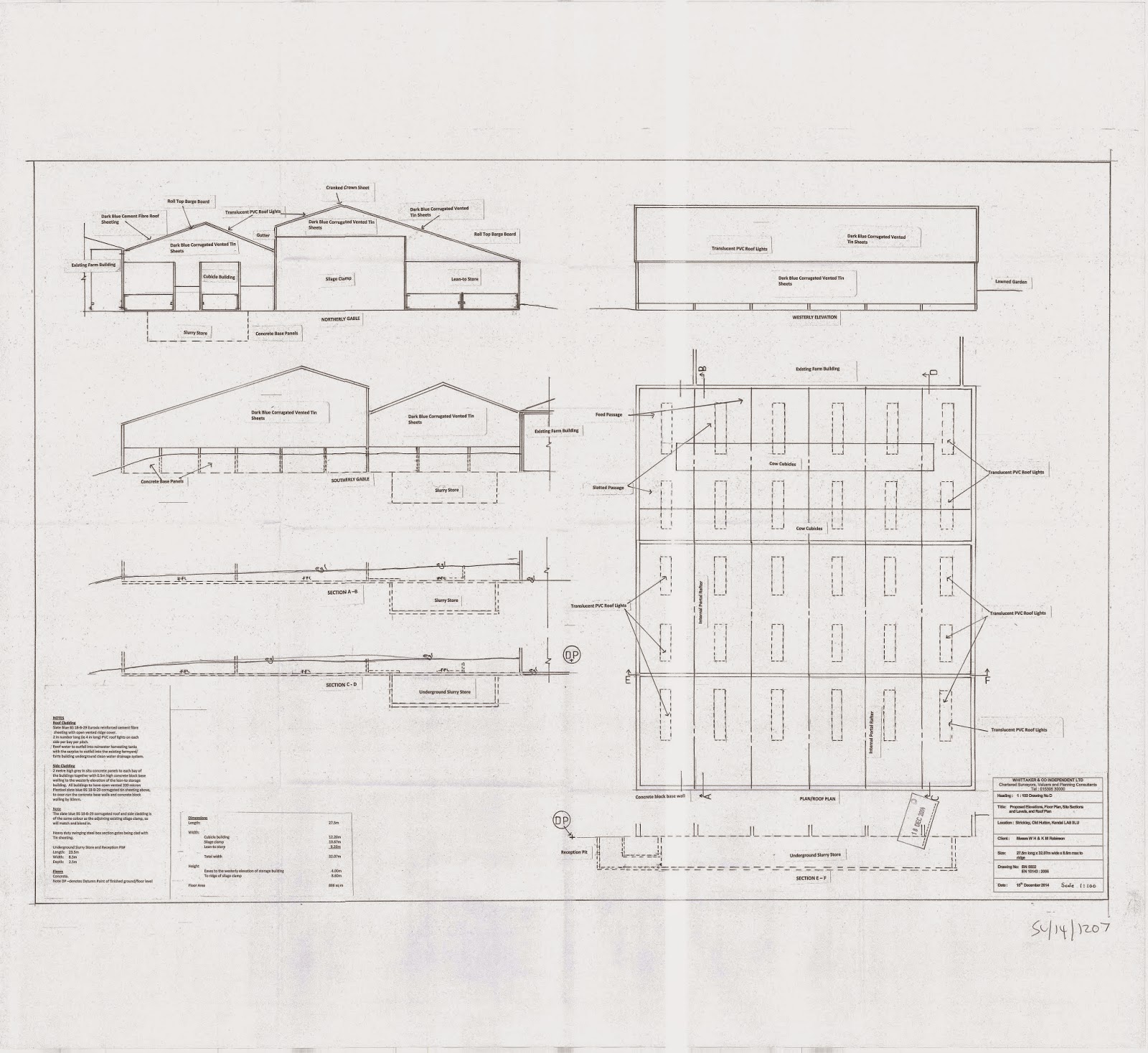 Well I've gathered together all the paperwork and data for  2014 and taken to the accountant, paid bills up to date, prepared the next VAT return - and more importantly booked some gig tickets and rather posh hotels! To compensate some gigs are local (Kendal and Morecambe) so it's cheap travel and back home to our own B&B.

I'm a bit of  nerd and run a report to show when and where we're going (well it wouldn't do to double book!), so I know our next outing is in 28 days (Martin Simpson in Morecambe) and the last booked in 267 days (The Blues Band in Kendal). And in between there's new buildings to prepare for, silaging, more silaging, showing, a bit of caravanning and for one Strickley family a trip to the other side of the world.

This has been a rather long and rambling post, and I may have lost my sense of direction along the way - do please excuse grammatical and other errors.
Posted by Unknown at 11:17 No comments:

Happy Birthday today to Henry and Arthur - both 67 (surprisingly!) 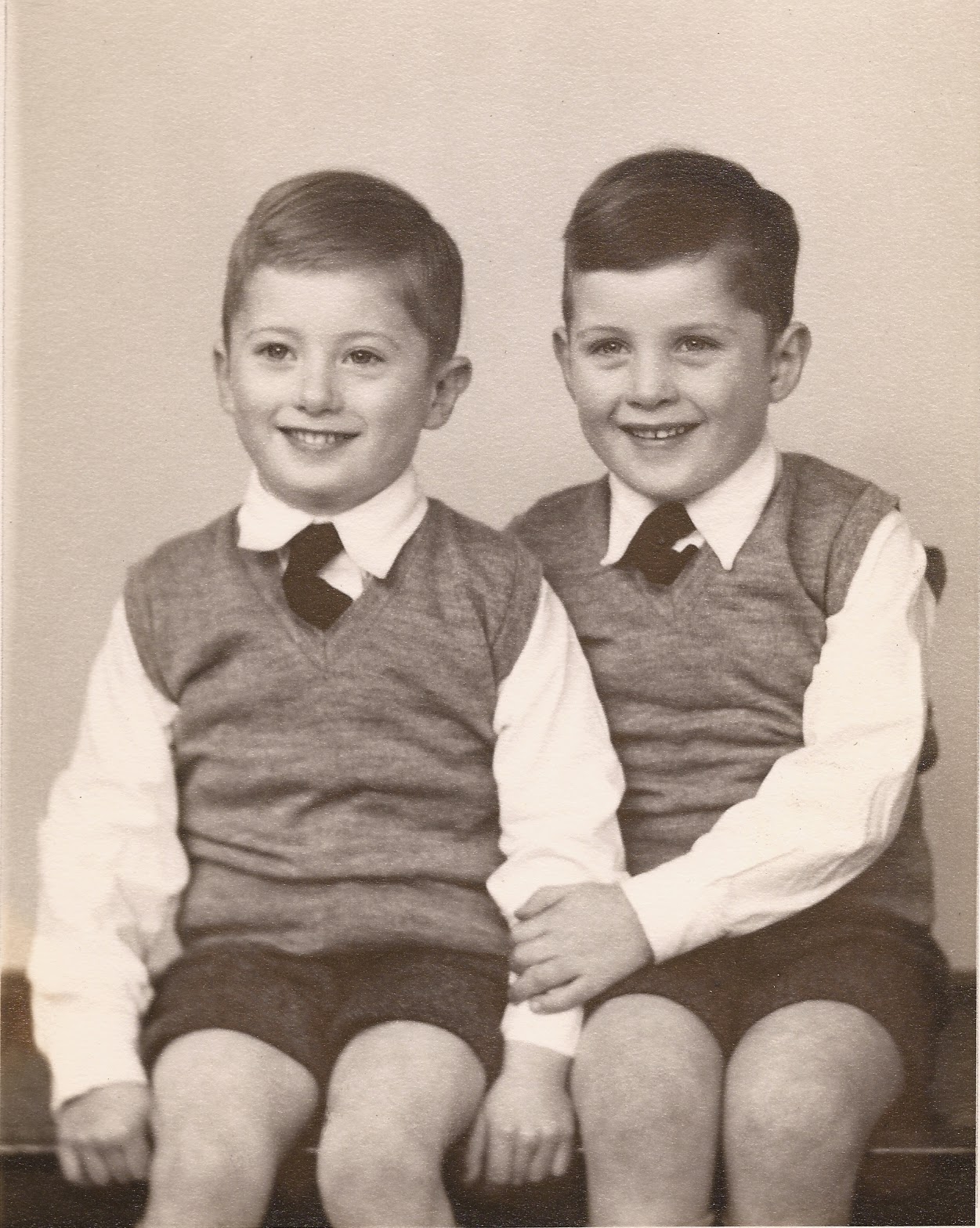 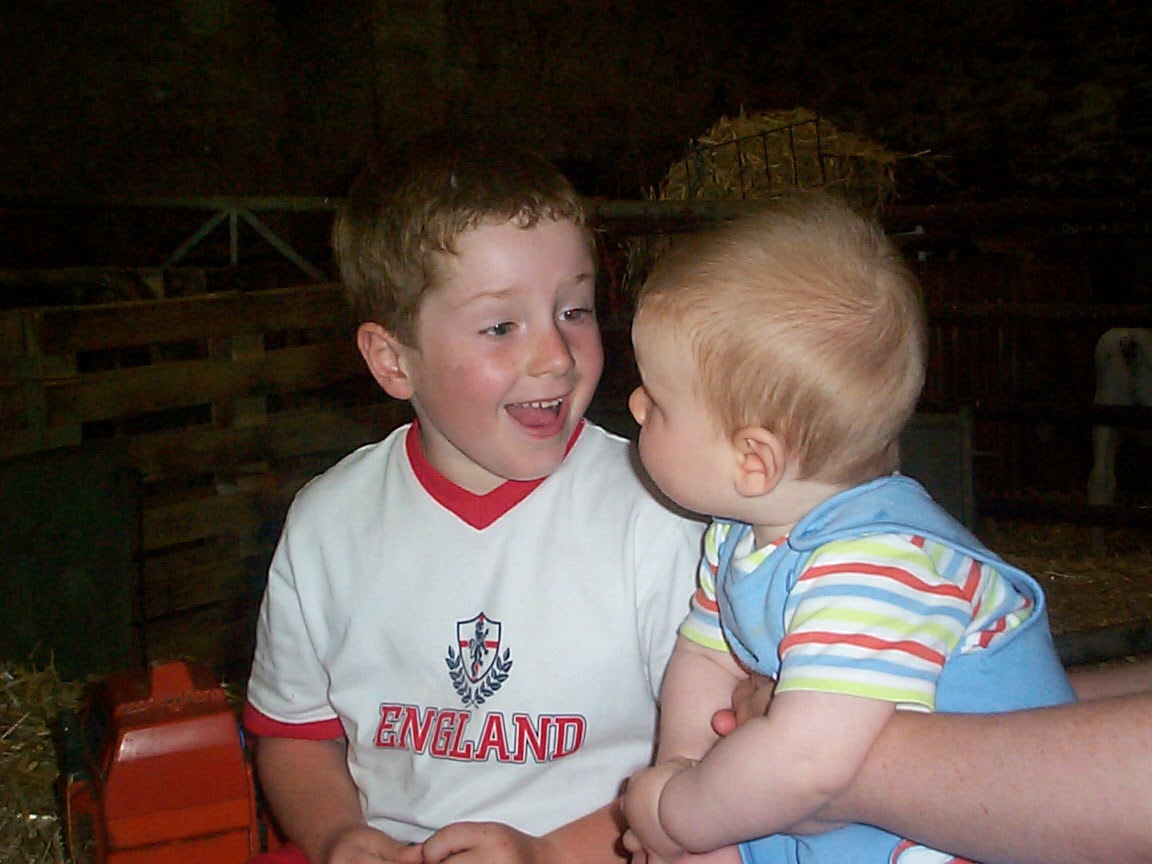 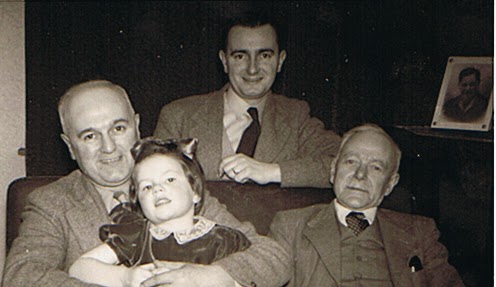 Fifty years ago today a policeman was shot and killed at Oxenholme station. This is an eye witness account of the subsequent manhunt across the fields towards Old Hutton - written by Henry's father William a few days later. 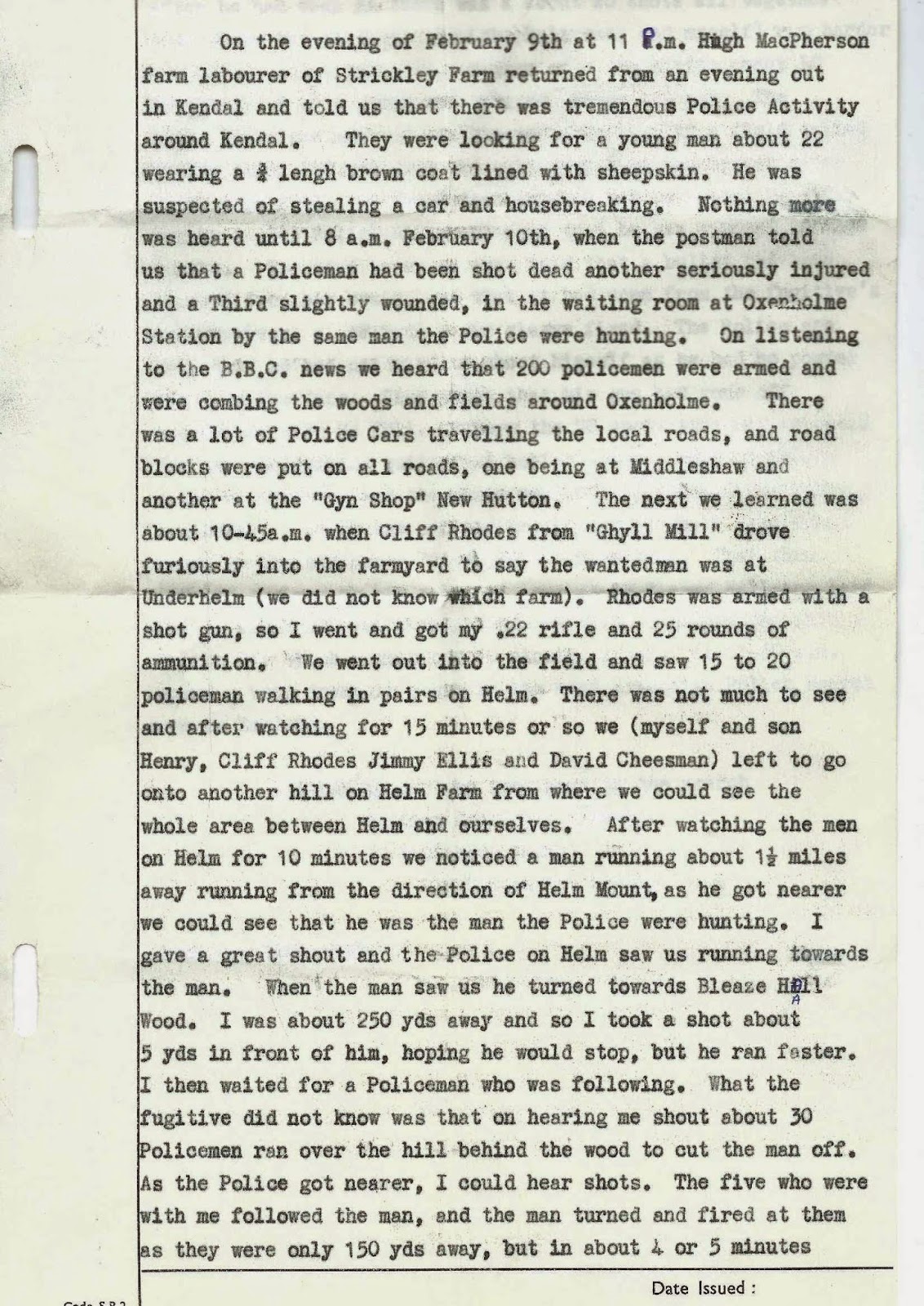 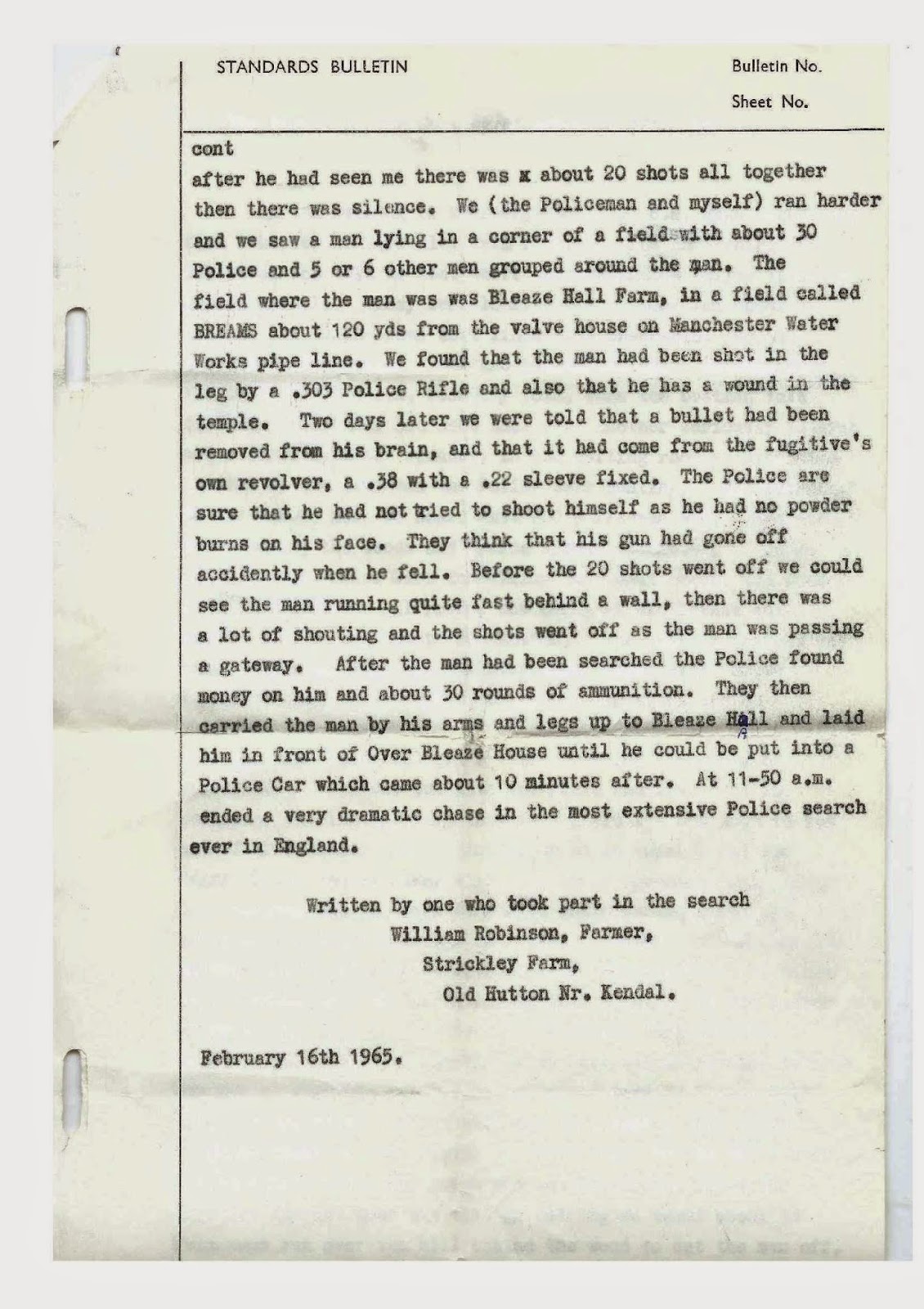 On Monday my personal Aga engineer fixed the bottom oven door - it now shuts firmly and keeps the heat in. (Thank you Henry)

On Tuesday my personal IT Help Desk fixed our computer. No more working on a laptop. (Than you Shaun).