Way back in early Spring we discussed taking some cows to The Royal Highland Show. It's a big commitment both in time and preparation. The cows have to be in their stalls by 4pm on Wednesday, and exhibitors cannot leave until 5pm on Sunday. We put off the decision until James was back from New Zealand, and then almost on the day that entries closed we clicked on the website and entered online.

During weeks of Spring Work and silaging it was always at the back of our minds. We picked out the cows we wanted to take and began to get them ready. Scotland is committed to eradicating BVD (Bovine Viral Diarrhoea) so the cows had to have blood tests and the results sent off before the end of June. And of course they had to have a pre-movement test for TB. During the week before the show the chosen ones were clipped and trimmed and given practise in walking with a leather halter. Then on Wednesday morning James headed north with four of Strickley's finest and all the supplies they would need for five days at the show.

By mid afternoon they were settled in their new temporary home. 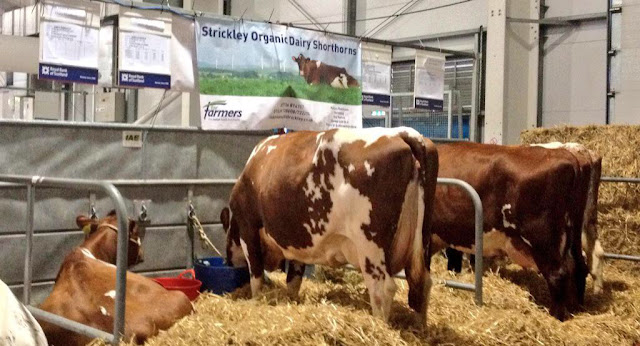 The show opened to the public on Thursday, but the Dairy classes were not until yesterday (Friday). James was up before 5 am getting the cows ready and judging started at 10 am. In these days of social media we didn't need to wait for a phone call to find out how they were doing - The Dairy Shorthorn Society posted regular updates and photos on their Facebook page. If you follow the link you'll see where most of these photos come from. And a few from James's Twitter - why not follow him?

The first update we saw had Strickley Goldie 223rd standing first in the Heifer in Calf class. 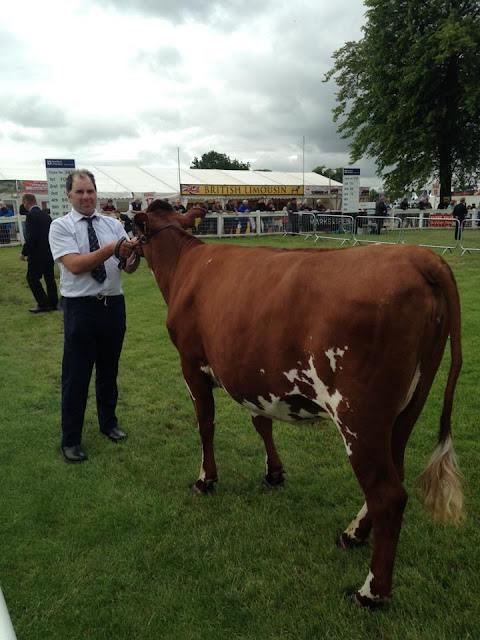 Then Strickley Lily 13th second in the Cow in Calf class. After that there was a long period with no updates. Then all at once Strickley Barrington Dot 21st was first in the cow in milk class. 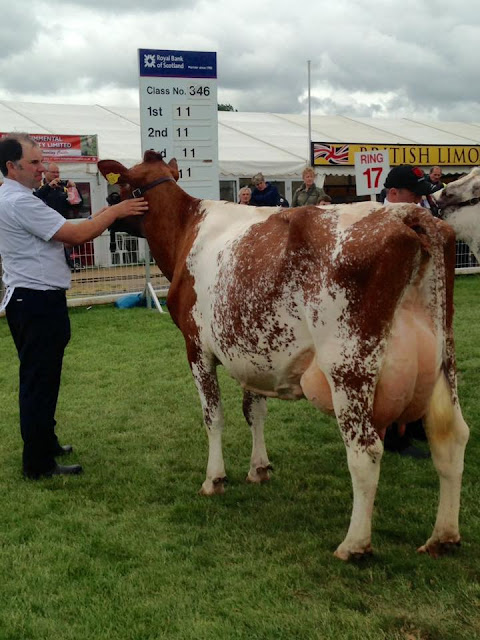 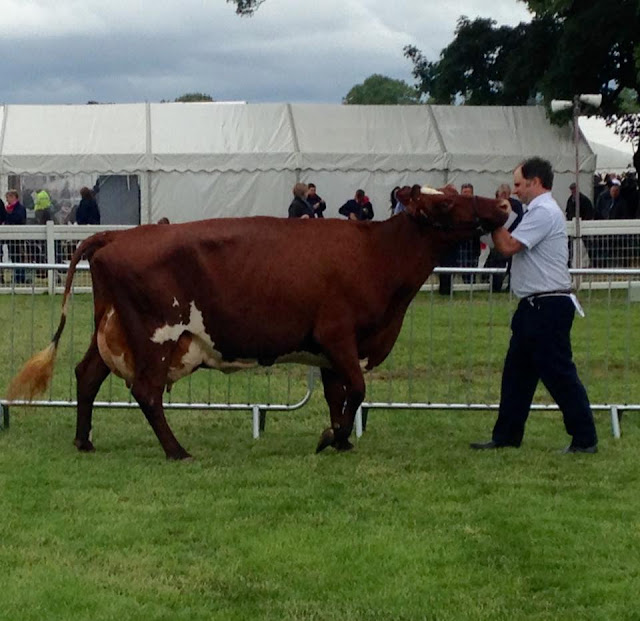 And hot on the heels of that update was a photo of James and Strickley Barrington Dot 21st winning the Overall Dairy Shorthorn Championship. 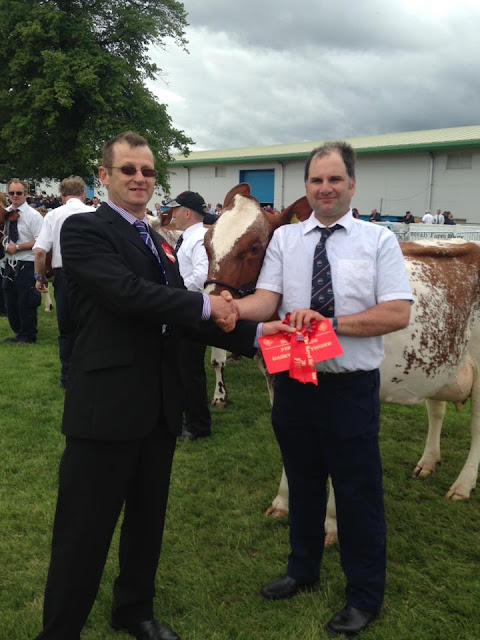 So a good day out all round (including Reserve Junior Champion and Best Exhibitor Bred). Pus two cups that are far too valuable to bring home.

Well done to all the exhibitors for such a good turnout, to especially to James and the Strickley Shorthorns. 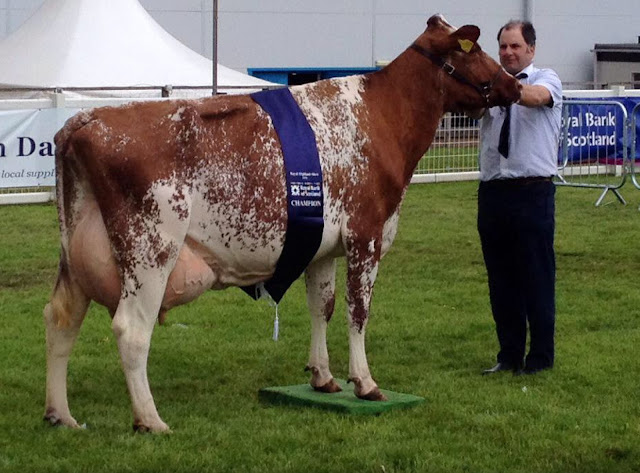 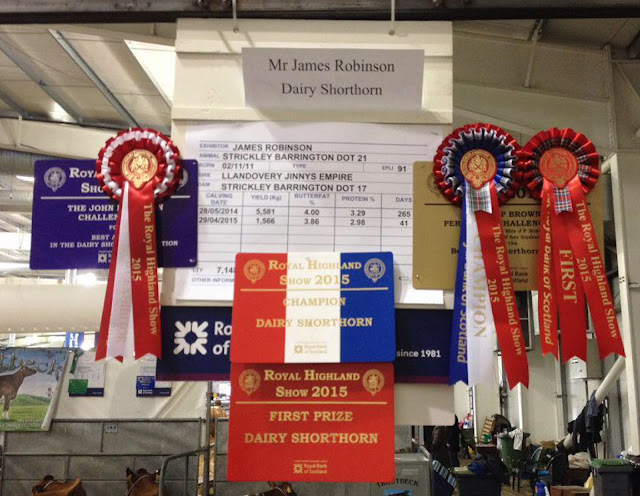 And finally, a few more photos from the Shorthorn Facebook page taken when everyone seemed to be a bit more relaxed, 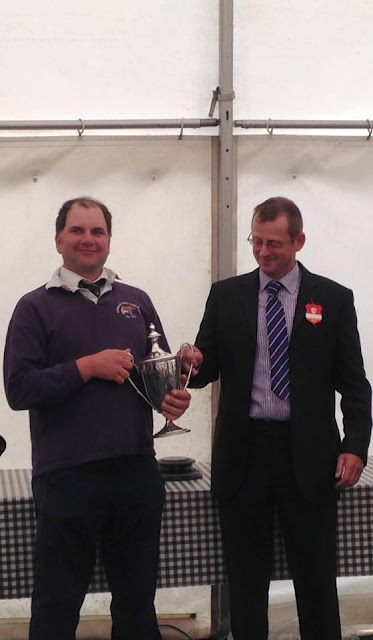 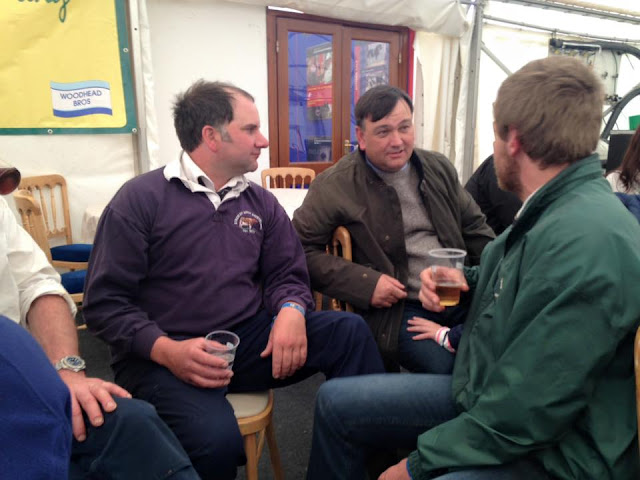 And has Damian travelled the farthest? Look at his jacket logo. 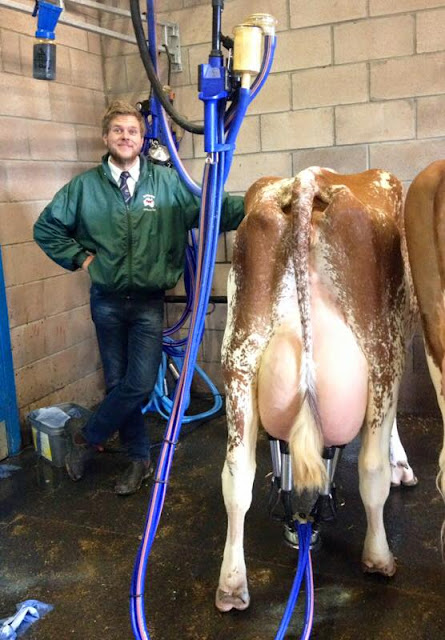