.
. . . . or that's what we thought when we started this project in November 2007 when we started to look for water. I didn't publicise the whole process (maybe because of the non-scientific side to it). But the drill went deeper and deeper and found nothing. 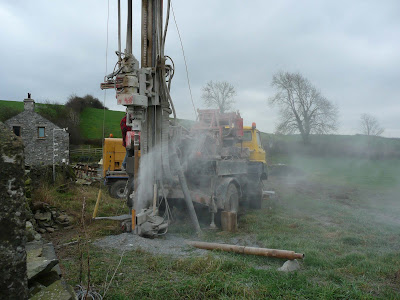 So we investigated a more left field approach and called on a Water Diviner/dowser. His equipment was a bit smaller and simpler that the drilling rig and he started in the Teapot Field where we had been drilling (in hope that the source would be near the buildings) 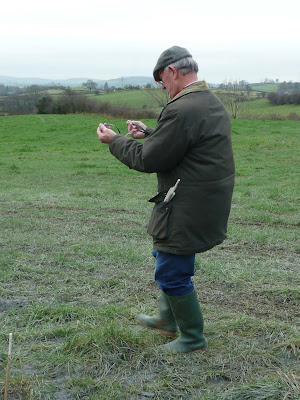 Definitely no. So having looked at the terrain and maps he suggested the most likely place would be on top of a hill and we tramped up to watch him at work 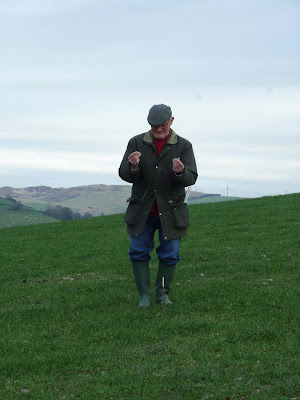 He walked backwards and forwards and moved his pegs as he homed in on the source. 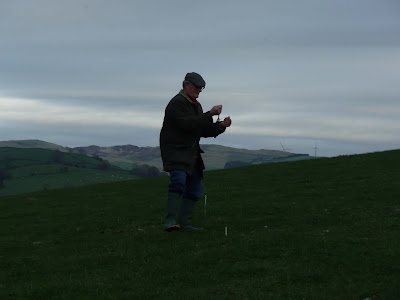 He could tell us not only the best place, but details of the flow etc and how deep we should drill. James duly noted all of this. 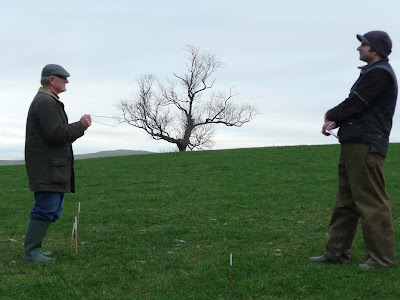 When the exact location was established he marked the spot with a stick and spray. (Watched with varying degrees of incredulity by James and Colin the driller) 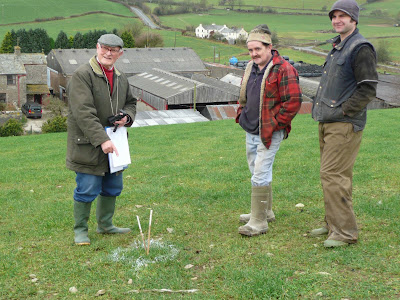 In due course we had a written report (and bill). 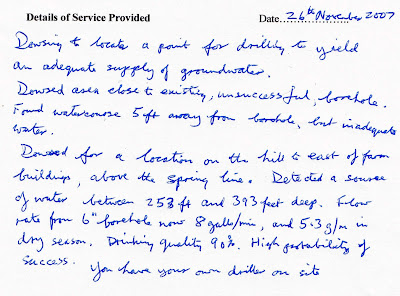 So we sat back and waited for the drill to return "in about a month". Thirty months on the marker pole is still in place (despite silaging/muck spreading/cows/snow) and today there rolled into the yard the same big dusty drilling rig. 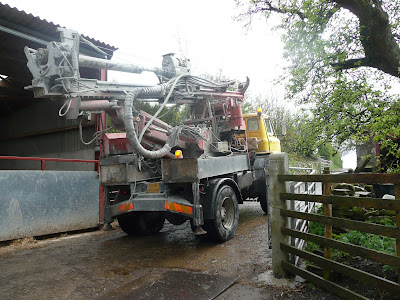 It's up on the hill next to the marker (faint line on the right of the photo) and next week the work starts in earnest! So watch this space (again) 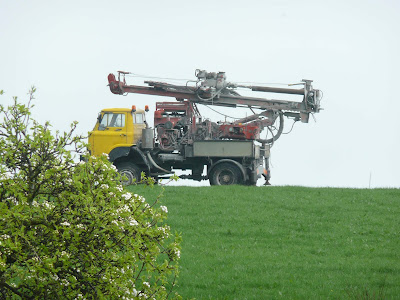